San Salvador – My grief amidst my joy! 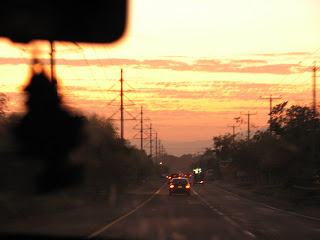 Apart from a few stops, to fix up a falling exhaust pipe, the trip back to San Salvador was short and sweet. Nothing that Leandro crawling under the car and coming out slightly dusty couldn´t fix though! Before we knew it we were at “La Casa Loca” (The Nut House) meeting Mercedes, Julio and Luz Marina, friends of Roberto´s. Roberto had told us that they were a great bunch and that they would be more than happy to have us for a few days.

I like to think that good things happen to good people, and we have truly had a great time in El Salvador, especially with the people we have met. The people at the Casa Loca were no exception. They even got to try some of my vegetarian delights! As you can immagine, a house and a kitchen, meant a trip to the supermarket and a big veggie cook up! 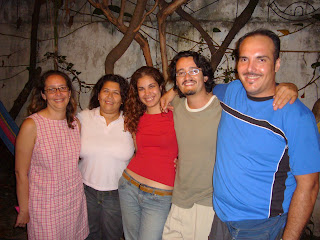 Without getting into the nuts and bolts of political life in El Salvador, you may or may not know that they have had a very turbulent political history, including a civil war! The original protest was way back in 1932, with an uprising of peasants and indigenous people. Surprise, surprise!! Although things were never really well, it all swelled up again in 1979, when a junta of military and civilians overthrew the president and promised reforms! In March of 1980, Archbishop Oscar Romero, who is now seen as a national martyr for “the cause”, was assassinated whilst saying mass in San Salvador. It took until 1992 for some kind of “agreement” to finally be reached. It was basically a war that was pro- people (guerilla) versus

pro-government (backed by the USA). Surprise, surprise yet again! To quote Lonely Planet, in its “Central America on a Shoestring guide, 2004 edition): “The Reagan administration, unnerved by the success of Nicaragua´s socialist revolution, pumped huge amounts into the moribund Salvadoran military, over USD $500 million in 1985”. So there you have it, always money for war, but never quite enough for the hungry! Remember the roots of the problem in the first place? 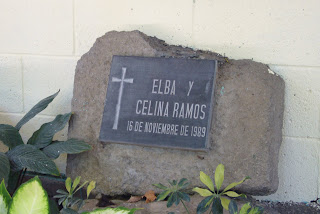 Whilst in San Salvador we visited the museum of the martyred archbishop. It is on the grounds of “La UCA” ( Universidad Centramericano Jose Simeon Canas). The museum is actually on the site of the former qaurters of six Jesuit priests, who along with their maid and her daughter, Elba and Celina Ramos, were brutally killed in their sleep by military forces in 1989. There is a room in which you can actually sit down and look at the photos for yourself. These were not newspaper clippings, nor were they photocopies of photos, they were the real deal! Normally repulsed by blood, I forced myself to flick through some four photo albums, as I tried to reconcile what I was actually looking at. The tears rolled down my face, as my stomach knotted up! Photo after photo of atrocities that should never have occurred! Each of these people had a name! Blown up faces! Splattered brains! Chunks of guts laying by bodies! A maid who h 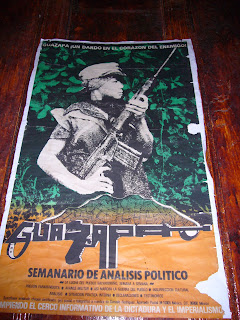 ad been shot up the vagina! I felt physically sick, and repulsed, but I continued to look. Arms dangling! Faces blown off! What goes through the minds of people who commit such crimes? Is life really so cheap? Yet again, these people had all paid the price for the “crime” of having had an opinion! What I felt was nothing short of pure grief!

Our next stop was only a short walk away, The National Anthropology Museum. Funnily, or coincidentally, there was a temporary exhibition on the Holocaust, of all things. A very small display, with blown up pictures, which were terribly pixelated, but still graphic enough that you could get a feel for what had actually happened. Again I found myself asking what kind of human beings commit these types of crimes? What goes through their heads? What makes them feel that their ideals are better than someone else’s ? They say these people are animals! No, they are not! Animals would do no such thing! Again, I felt a wave of nausea sweep over me, as well as a deep seated grief!

Did you know that the word Holocaust literally means to burn everything. It comes from the Greek “olos” (everything) and and the verb “kausoo”, which means to burn.

San Salvador was indeed an interesting place, and some places are so modern that we could have been in Australia or another first world country. I got to buy some fantastic organic coffee, and that pair of bikinis (in a shopping mall) I have been looking for for ages! But never too far away, there is a poor man with no home or a child begging for money! It was also a reminder of how people are senselessly slain all over the world from El Salvador to Eastern Europe. I was reminded about how each and every one of us has a role to play in this often selfish and egocentric world. And so, San Salvador, in you, I saw my grief amidst my joy, and my joy amidst my grief!

Dedication: To all the “unknowns”! To each and every human in each and every country, that has senselessly died, and for the many who will continue to do so! You often die, with no-one knowing what your name is, what country you come from and why you died! But there is a collective consciousness, and it cares!

To our dear and special soul family, Eddie and Gen Davis. Thank you for your continued e-mails, love and support. This blog is also dedicated to you. Please light a candle for all of the above mentioned souls. Collective consciousness at work!

(Photos: 1.- On the way to San Salvador from Suchitoto. 2.- La Casa Loca(Lto R: Alicia, Mercedes, Luz Marina, Alex & Leandro. 3.- Paintings of torture…. click to enlarge, they are fairly graphic! 4.- A memorial to the slain maid and her daughter….both had names! 5.- War paraphenalia.6.- San Salvador.)

Share
PrevPreviousSuchitoto…..that´s in El Salvador, not Japan.
NextEl Salvador´s “Route of the Flowers” – a cultural affair.Next