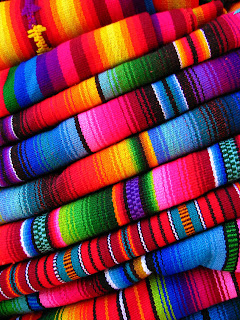 “Don´t go to Chichicastenango! There´s nothing that you cannot buy cheaper in other parts of Guatemala”, I heard from several tourists! Apart from the fact that I had been there eight years ago and loved it…..the tourists (as opposed to travellers) have it all wrong! Markets are not just about buying, they are categorically the best way to soak up and experience the local culture, and see how people live! At this point I should include my description of a tourist as opposed to a traveller. The tourist does the package – the top notch hotel, the tours, the shopping, and visits the ” top 5″ most visited places. The traveller, on the other hand, does not do the most expensive hotel, mostly does not do organised tours, shopping is usually part of the cultural experience, and understands that there IS life beyond top 5 destinations! They really are two totally different ways of travelling! 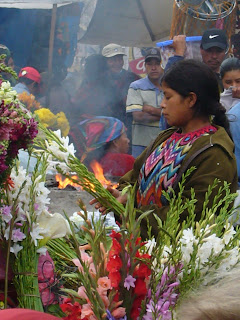 Chichicastenango is surrounded by sweeping valleys and mountains. The streets are cobbled, and the nights are cold! With the mist swirling in at dusk, the atmosphere is a fascinating one! Women in their traditional garb move around hurriedly and set up stalls where you can get some very cheap and traditional food, in a very traditional setting. The other part of Chichi´s fascination is its shamanic undertones! Actually, they are not even undertones, being quite a bit more obvious than one would think. More on that later!

In Chichi ( as this town with such a long name is known) we met up with Ricardo, a Mexican/ American who we ended up travelling with for 2 weeks, and had a phenomenal couple of days soaking up this intoxicating, multi-layered market. Arriving the day before the big market day, which is Sunday, meant that we were able to find a hotel, settle in and relax It also gave us the opportunity of being able to get up early the next morning and feel and see those market vibes before the hordes of tourist buses started rocking up at around 10am. (Just a quick note: steer clear of the 10am to 2pm time slot. This is when the “tourists” descend upon the markets, and prices are at their peak! With some fairly competitive haggling, bargains can be found on either end of the tourist time slot!) 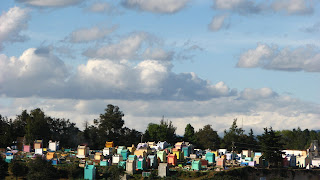 We still had a couple of hours of daylight on the Saturday, so the three of us took a short tour with a local guide to the Shrine of Pascual Abaj, “the Sacrifice Stone”. Only a short walk from the city center, on a hilltop is this shrine dedicated to the Mayan earth god. This is still used to date by the locals, who come and place, amongst other things, candles, flowers and incense. They not only come to thank their god for many things, whilst also praying for others. This is the ancient religion of the Maya and they take it very seriously! Tourists are (justly!) not really welcome when a ceremony is taking place, but outside of prayer it is acceptable to visit the shrine. The energy was interesting, and I could not help but wonder why, over the years and ages, so many have sought to change them. These people, despite the efforts of many to convert them, are not Christian, and they have a completely different belief system! Neither better nor worse than anybody else´s!

We were up nice and early for the market, and also in a bid to beat the masses! It was amazing to see how hard everybody worked to get everything organised, and how so many were involved, including children. I half jokingly (and half seriously!) told Alex that I would love to run tours for first world children, to come out and see how hard the children work here! That should cure them of their often needless wingeing!

We had a remarkable day. We bought only a few 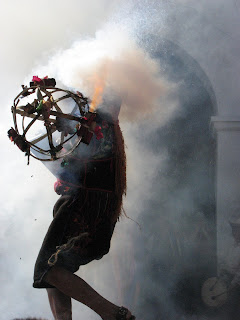 things, as to be honest, the prices here are not necessarily the cheapest in Guatemala. But to be able to walk around, and feel and see the culture was amazing. I have always said that the greatest insight to a country´s culture is through their markets, and this is one of Guatemala´s biggest! We saw tourists pay ridiculously high prices for ridiculously touristy items, locals selling animals and chickens to each other, as well as side streets filled with second hand fajas (traditional belts) and huipiles (traditional women´s tops) at very reasonable prices. Not far from “all the action” was the central market, selling fruit and vegetables of every description . It was an explosion of colour, and the view from the 360 degree balcony above was a feast for both the eyes and the senses! A real bird´s eye view! 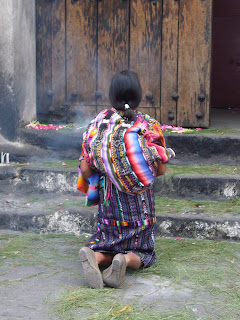 Much of the non-market action was around the church of St Tomas. Its huge white facade and steps are even more imposing, when they fill up with locals clad in their colourful garb – some selling , some waiting, some playing, some praying. It is a fascinating sight! The people of this area are renowned for their Mayan and pre-Christian beliefs, and it was so evident watching the activities in and around this church on this day. The church was filled with candles, not only on the alters but on the floors, as both women recited and prayed to a god who was obviously someone other than Jesus. Over the years, however, due to having been persecuted for their beliefs, they learnt to mesh the two together! It was so obvious that in reality, nobody had ever been able to take away what they really believed in! It was both beautiful and touching to see this! Beautiful and touching to see as well as understand that there are many roads, and that choosing one is part of life´s journey.

Yes, the market had been totally worthwhile, and no it was not because of what I bought! Despite the hustle and bustle of the day, I felt very serene and tranquil, yet ready to move on! I liked the energy I had encountered in Chichi, and hoped that I would be able to take some of it away with me!

“Love is but the discovery of ourselves in others, and the delight in the recognition” – Alexander Smith.