The many faces of Mexico. 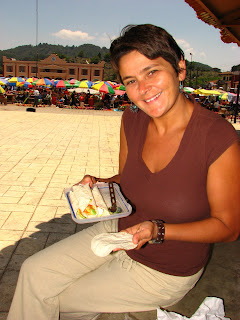 Despite our four blogs on Cuba, I still feel that there was so much that I excluded. This was not intentional, but rather every time I touched on a topic, I felt like was opening up a whole new big can of worms, unable to control the tangents produced! Hopefully, we will be able to share many more Cuban tales face to face.

Last but not least, these are our final blogs on the Americas, (as we publish this blog, we have already spent over 3 weeks in, and are about to leave Egypt. Although hard to believe, we have already surpassed the nine month mark! This time has been spent in North America, including Canada and Mexico, Central America and the Caribbean). Whilst we have enjoyed ourselves immensely as well as seen and learnt a lot, we also feel ready for a change of pace and culture.

So, here are our Mexican tales: 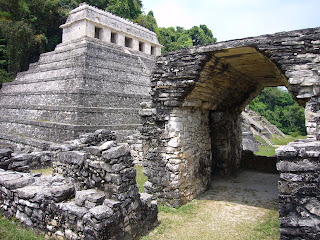 Our last three weeks here have been exciting and varied, which includes the food! We both agree that Mexico has, without a doubt, the best food in all the Americas! That´s a huge statement to make, but with the variety of ingredients, sauces and variations as well as takes on many recipies, it´s not a hard claim to make or justify! Mexico´s cultural blend, which includes the Maya and the Aztecs, has added not only to their culture but to their cuisine. Once we landed back in Cancun, we underwent a reverse culture shock, as we were thrust back into ¨comercial-landia¨. Everything Cuba had lacked,
Cancun made up for 100 fold, and Alex and I found ourselves in a deep discussion about what is worse, too much or too little! We both have our views, but let’s leave them for when we come home and can catch up face to face.

We spent only a couple more days in Cancun, the intention being to re-stock on
all the bits and pieces that we had either given away or used up in Cuba,
and catching up on our e-mails and blogs. Once those tasks were
accomplished, we checked out of ¨Resort Capital¨ (we saw nothing of this
side, as we had absolutely no interest!), and caught an overnight bus to the famous Palenque ruins. This ancient Mayan site, similar to Tikal in Guatemala, is also situated in the
jungle. Also similarly, it is hot and humid. It is exactly the dense
jungle covering the hills surrounding Palenque which adds to its mysticysm
and splendour.

Our Lonely Planet Guide to Mexico says, ¨As you explore the ruins, try to
picture the gray stone edifices as they would have been at the peak of
Palenque´s power: painted blood-red with elaborate blue and yellow stucco
details.¨ As I walked around and tried to behold this vision, and the howler
monkeys screamed incessantly from the jungle canopy…… I think I saw it! I
truly think I saw that mysterious and ancient Mayan city!

Palenque was a bit of a hit and run, with its main attraction being the ruins. Having said that, a walk around town and the markets always gives a
fabulous insight into the culture. It´s always a brilliant way to find authentic food as well as meet the locals! 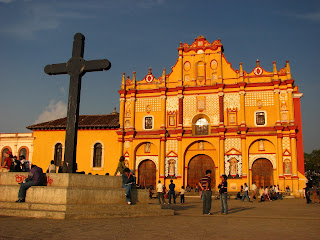 Our next stop was San Cristobal de las Casas, in the state of Chiapas. The road between the two towns was spectacular, with lots of lush, rolling mountains, steep drops, steamy lowlands, cloud forests and winding roads. A little too windy in fact! Actually, windy enough that I felt sick enough to vomit into a plastic bag (always a good thing to keep on hand). I watched as my breakfast of mango and yoghurt morphed into a mango smoothie! OK, too much information, I know! In the process of all that hullabaloo, I lost (yet another pair!) of sunglasses, which is why I
categorically refuse to spend more than a couple of dollars on any given pair!
I love San Cristobal! I loved it 8 years ago and I loved it again this time! It is reknowned because of its Zapatista rebels, who in 1994 chose it as one of only four places in Mexico to launch their revolution, which was basically a pro-indigenous struggle.
(Video: Free Speech by Ohki Simine Forest).

San Cristobal is a colonial highland town, with warm days and cool nights. Its cobblestoned streets are a pleasure to explore, and although windy, not quite in the ¨smoothie¨ type of way! We ended up staying at a hotel called Posada Mexico, which was managed by a terrific bi-lingual guy called Omar (posadamexico@hotmail.com). It was right in the heart of town, and had great
ammenities including free breakfast and internet, as well as the use of a kitchen. Veggie, here I come!

The best part of this hostel, however, was the people we met: There were Sam, Ollie, Jack and Zoe from the UK, Nick Gone Walkabout (check out his site, (www.nickgonewalkabout.co.uk) also from the UK, Koen and Willemyn from Holland, Riccardo from Italy, and Pascal from Switzerland. We had some great times talking about everything from politics to religion to throwing cigarette butts on the ground (a reknowned pet peev of mine!) There was lots of debating and discussing, and although the consensus was not always mutual, the vein of thinking made me realise that I was not alone in the world! Thanks guys, it´s always a bonus for Alex and I when we realise thatwe are not the only aliens on this Earth!

The town is indeed surprisingly attractive, especially the various facades of different churches and buildings. It´s a terrific place to just cruise, wander and take it all in. There are many men and women wearing traditional dress and selling their wares. We also visited the Museum of Mayan Medicine, which was very interesting and informative. The alternatives to modern medicine are many, and these people have been safely and effectively practising this way of
healing for centuries. (www.medicinamaya.org) 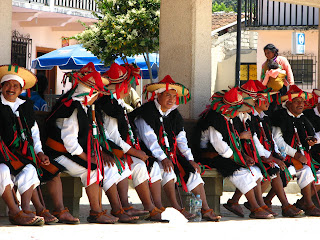 An insightful day trip from San Cristobal was to San Juan Chamula, 10 kilometres away. It has a very stong, traditional and tightknit Mayan community who are from the Tzotzil group. Both the women and men dress as they did centuries ago. It was especially intriguing to see the men in
their traditional dress. As we went on a Sunday, we were able to see both the weekly market, which is held on this day, as well as the Sunday celebrations outside the central Catholic cathedral. Like many other indigenous groups, their religion is a fusion of Catholicism and their own traditional religion, making way for some very unique religious practices. Sitting back and watching the men partake in a ritual in the central plaza was a real eye-opener.

From Oaxaca, we also did a day trip to the Sumidero Canyon, with Otisa Travel (www.otisatravel.com). The Grijalva river runs through the canyon creating a 25 kilometre reservoir. The trip culminates when you reach the hydroelectric dam, and then of course you must turn around and return to the point of origin. It is a truly spectacular fissure in the earth, and the views afforded from the boat which we took to view it were impressive! The towering rock walls, interesting rock formations, wildlife and crocodiles kept us more then entertained for a couple of hours. Before heading back to Oaxaca, we spent an hour or so in a little town called Chiapa de Corzo. Whilst the others in our group went and got some lunch, we rushed off to to the ruins of an old church on top of a hill, which provided us with some more dramatic views.

Next, and another overnight bus trip away, was the town of Oaxaca, also in Oaxaca state. Unlike Central America, we would undertake many overnight trips in Mexico. The country is huge and the distances great, just take a look at the map! Oaxaca is yet another colonial and cobblestoned town, but with an energy quite different from San Cristobal´s. 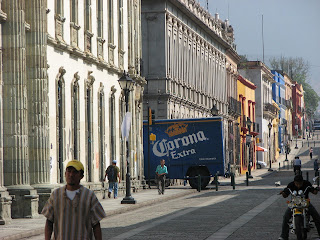 We were exhausted upon arrival, and were dreading the search for a place to stay. I was in no mood to walk around with a heavy backpack, but a girl´s gotta do what a girl´s gotta do! The search came to a fruitful end, and we ended up staying right in the city centre at a place called El Atrio (www.mexonline.com/elatrio.htm). Run and owned by a delightful Mexican/French couple, Luz Maria and Jean-Marc, it was clean, safe and comfortable. We had some very absorbing and thought-provoking conversations with Jean–Marc about the protests that occurred here just on a year ago (Oaxaca protests). Again, they were socially motivated. I think that it is simply human nature to want and aspire for some poitive type of quality of life!

The food in Oaxaca was amazing! I may have already mentioned that Mexican cuisine is exquisite! Mole (pronounced mo-lay) is a sauce that is included in many dishes, and sometimes contains chocolate. ¨Gorditas¨(or fat ones) are thick tortillas filled with various ingredients, including broad beans, cheese, mushrooms and meat, and topped with, amongst other things, nopales (sliced cactus paddle!) They are then dressed in one of a variety of piquant sauces. Lush! They certainly had me licking my chops! The “real” Mexican food makes our western version (which the Mexicans call tex-mex) appear very lame! Nachos, burritos and cheap & nasty cheese, please move over! 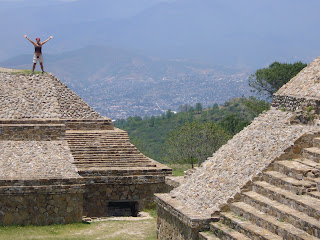 Visiting the ancient Zapotec capital of Monte Alban was definitely another highlight. Only kilometres away from Oaxaca, it sits on a flattened hilltop a little under half a kilometre above the valley floor. As far as I am concerned, it is one of the most impressive ancient sites in all of Central America and Mexico, and its 360 degree views, without a doubt, adds to its grandeur. Alex and I spent hours here, looking around, feeling the energy, and wondering what life must have been like for these ancient peoples!

That night, Alex and I sat down to discuss what and where we would go to next. As our around-the-world ticket expires on the 18th of August, we decided that we would have to pick up the pace in Mexico, or we would get to Europe with very little time left on our ticket. If Mexico is big, the world is even bigger!

¨ The only way to make sure people you agree with can speak, is to support the rights of people you don’t agree with.¨
– Eleanor Holmes Norton ………..(How is that for food for thought!)

Written by veryitchyfeet.com
Ombretta (Ombi) Zanetti is a co-founder of veryitchyfeet.com. She has been travelling the world since 1989 and since 1999 with her partner, Alex, who hails from Ecuador. They both like to venture to the lesser known places. Ombi shares her passion for different cultures through her travel stories and Alex through his lens. Come take a detour or two with them!

And now for a litle bit of Australia

This site uses Akismet to reduce spam. Learn how your comment data is processed.

« Previous post
The ¨Americas¨ sojourn comes to an end.
Next post »
The spool comes to a dizzying end! Cuba