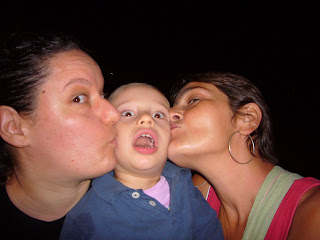 Ah, Florence, it has always been one of my favourite European cities, and again, it did not fail to disappoint, for many reasons. We were to arrive at 9.30ish on a Saturday night, and I was all excited. I was sooooooooooooo looking forward to seeing my friend Irma again, after having seen her the last time in Australia 10 years ago. This time, however, it would be with a husband and a two and a half year old little boy called Giovanni. As we approached the train station, I began to get butterflies in my tummy, as I was so keen to see Irma again. Although I appeared calm, I could barely contain my excitement, which Alex (who can basically read me like a book!) picked up instantaneously. I had thrown on my backpack before the train actually came to a halt, and when it did, I scrambled off along with the multitude of others. As I “casually” strode through the crowds towards the main platform, my eyes strained to see if I could spot that famous crop of brown curly hair. Irma saw me first, and screamed out my name. As I hurled my the smaller of my two backpacks into the (expecting!) arms of Alex, Irma and I ran towards each reminiscent of that very well known scene from the (now very old!) movie “Chariots of Fire”. We hugged and kissed, and hugged again! We were both overcome with emotion! 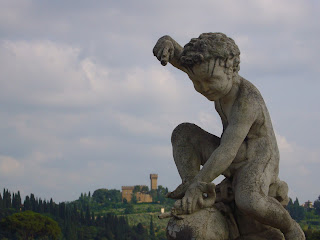 As we introduced each other’s families to one another, we kept looking at each other as if we were in a dream, whilst hugging some more! Irma and I met in 1993, whilst I was travelling through the USA, after having worked on a Summer Camp in the country. To cut a long story short, we had both been staying at a Youth Hostel in Washington DC, and when I saw a girl dangling an “expresso bag” (yes, that’s expresso, as in coffee, as opposed to tea!), I figured she HAD to be Italian! I went up and asked her, and that is pretty much where and how the friendship started. Some years later, we would even holiday together in Greece and Turkey. These are without a doubt, some of my most cherished travel memories, as I travelled with someone who was as loud, extroverted and crazy as me! 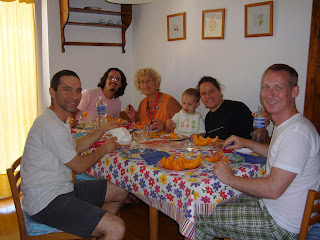 Irma was also expecting her Norwegian friend, Hans, who would be arriving on Sunday and would be staying for 10 days. The funny thing is that I had also met Hans, all those years ago, whilst Irma and I were in Greece! That two of her dearest friends should be visiting her at the same time was rather incredible. As Irma’s place is rather small, it was decided that Hans would stay with Irma, and Alex and I with her fantastic and amazing mum, Graziella, who lives just up the road. The first night, however, we did stay with Irma, and needless to say, we stayed up and chatted for ages. 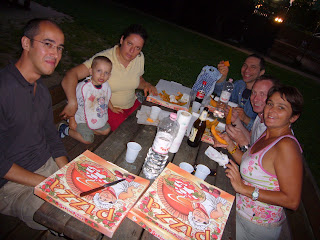 We ended up staying in Florence for a week. During the day we would walk to the city centre, go sightseeing or just relax, and night times would be spent catching up with Irma, who works during the day, her husband, Valentino, and Giovanni. As it was rather hot, this included hanging out in the park nearby her home and munching on some local pizza, or bringing some food from home. I repeat, bad food simply does not exist in Italy! From buffalo mozzarella (not to mention all the other amazing cheeses) to the porcini mushrooms made up into a risotto…..it had Alex and I constantly licking our chops! Some of the best gelati we have had to date came from a little gelateria near Graziella’s place, called Arte del Gelato………..and what about the tiramisu? We had many OMG (Oh My God) food moments in Italy. 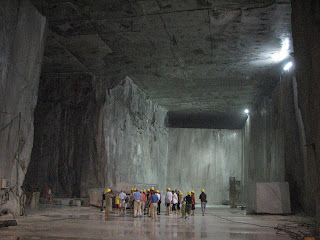 One day Graziella took Alex and I, as well as Hans, to Carrara , about an hour north west of Florence, on the Ligurian Sea. It is a graceful town, picturesquely nestled amongst famous marble hills. The marble from the area is said to be amongst some of the best in the world. We even did a “Marmo Tour” ( Marble Tour ) which took us through the caves created to extract marble. Considering the weight of even a small piece of marble, the explanations accompanying the extraction of huge slabs was mind blowing! For those of you who have, and have paid a small fortune for your marble-topped kitchen benches, I can now honestly say that I understand why! 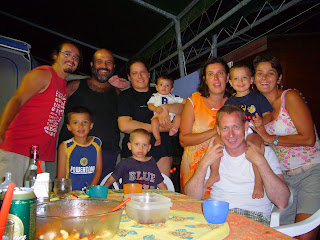 On another day Irma took the day off and we all went to visit her sister, Letizia, and her family who were on vacation, at a beach only an hour and a half away from Florence. The last time I saw Letizia…there was only Letizia…..her repertoire now includes her husband, Andrea, and their three beautiful boys, Mattia, Romeo and Dante. We had a very chilled out day, catching up on the last 12 years, absorbing some rays on the beach, and, for something different in Italy…………..eating………albeit at intervals……all day! 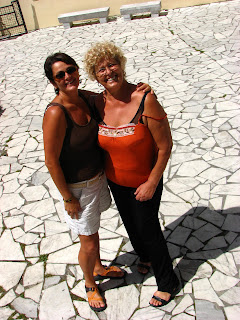 The subject of food seems to come up constantly in Italy, so let’s go with it! I cannot properly describe what an amazing cook Graziella is! Whether she took her time cooking or slapped it together, it was good, good, good! Having said that, top quality virgin olive oil is Queen in her house, as in the homes of many Italians. They may skimp on other things, but it will never be on food and top quality ingredients! That would be akin to sacrilegious! Speaking of sacrilegious, can somebody PLEASE tell me about McDonald’s in Italy? This should be a crime demanding a minimum three month jail term! I’m not even going there, except to say…………. “Ma chi ti conosce!!!!!!!!!” (This one is for you Laura, and Isabella too). 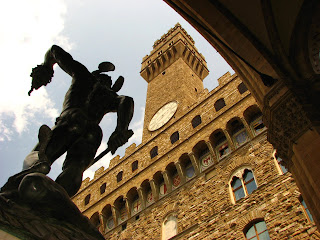 Of course, we also took the time to do the centre of Florence and her tourist sights. This included the famous Piazza del Duomo and the Uffizzi Gallery , home to the world’s greatest collection of Italian Renaissance Art. Nothing much had changed…… Due to the long line and security, the Uffizzi Gallery still took forever to get into, as one of the most visited places in the world, and drinking coffee once you placed your butt on a chair in a bar nearly tripled the price! Of course we stood at the bar and drank it……. I should say “them”, as the daily dose superceded one almost immediately upon waking. Don’t worry, I fully indulged my caffeine passion in Italy!

After more than a week of relaxing, sightseeing and indulging…..in many things……it was again time to move on. We were acutely aware that time was a tickin’, and D day approaching. Our ticket expires on the 18th August, and we were wondering how we were going to do the rest of Italy, Spain, Morocco, Paris, Hong Kong, Japan,Vietnam and Thailand in this time….. Watch this space! (Read……..we have no idea either, so keep following the journey, and watch it evolve!)

Saying goodbye to Irma was hard, as I wondered when we would see each other again. Saying goodbye to Graziella, who I truly consider a great friend too, was not as hard, as she is planning to visit Australia early next year. As we hopped on the early train from Florence to Perugia, I thought about my wonderful life, my amazing travels and exploration of the world, and the fantastic people I have met, and remained friends with along the way. This is always a thorn in my side upon my return home, as many of my most treasured friends do not live in Australia.

“The money you have gives you freedom; the money you pursue enslaves you.” – Jean Jacques Rousseau.