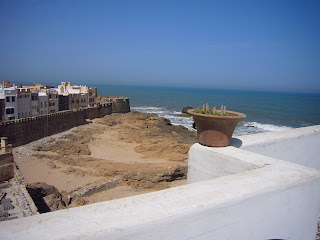 Our final stop in Morocco would be Essaouira, a gorgeous and relaxing spot on the Moroccan coast. I never thought I could get so excited by a place which was so windy during the day, and in which you had to cover up at night due to it becoming so cool. Quite a refreshing (ha, ha!) change to the blistering heat we had experienced in the last few weeks. Here we stayed in two great places, each with their own particular charm. The first was “Dar Al Bahar“, which means house by the sea. As its name suggests, it is right on the sea! It is owned by the extremely congenial Lise and Jean-Claude, a spirited Dutch/ French couple, who have travelled the world, and have decided to stop a while in Morocco. For how long? They do not know! That’s the spirit! Breakfast is served on the upstairs open patio, overlooking the sea. What can I say!

The other place we stayed in was “Lalla Mira“, owned and run by another amiable German lady called Fely who fell in love with the town from the first time she visited it. Now, this was a place with a difference. Built from scratch, it was designed from the outset with environmentally-friendly building and living in mind. A buffet breakfast of home made goodies was included, as well as free usage of the hammam (communal washing baths) next door. We also had dinner there, and might I add that it was possibly the best food we had in Morocco. The fact that it had Apart from being such a lovely and luxurious break for Alex and I, it was a pleasure to support a place that really does subscribe to responsible tourism. Please take a look at Lalla’s web site, by clicking on the link above. 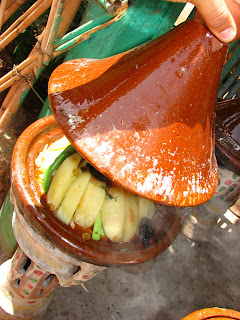 We really just took it easy in Essaouira, walked along the beach, caught up on our blogs, wandered through the markets and streets (which was actually possible here, as it predominantly came without the hassle of most of the other places), tried different foods, went to the hammam, did a bit of shopping…….

Speaking about food in this country, I have not really talked much about it, have I? Being on the Mediterranean, fruit, dried fruits & nuts, and olives are in abundance. Prickly pears are absolutely all over the place, as are baguettes and other French pastries (due to the French influence), not to mention roti bread, which is often made fresh, before your very eyes. Whilst cous–cous ( a carbohydrate 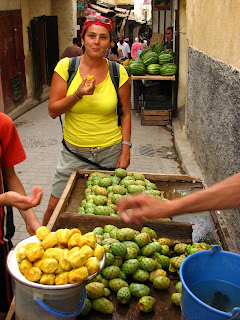 dish made from tiny balls of semolina) and tagines ( a bit like the Moroccan version of the Aussie crock pot and stew) are both staples as well as high up on the menu list. Finding them without meat can be a challenge though. So, for a non-meat eater, the cuisine can become tiring. I must say, that some of the best Moroccan food we have tried actually comes from Melbourne, Australia. Hana’s Moroccan Soup Bar, is in Fitzroy. If you haven’t been there, you are definitely missing out! Go there and tell Hana we sent you!

Finally, it was time to leave. Although we were flying out of Casablanca, we decided that, on this trip, we would not actually visit it. We also made a few other changes. The original plan was to fly to Paris, via Madrid, spending a few days in the former as well as a few in the later, before continuing on to Japan via Hong Kong, but, all in the space of a few days, we made lots of changes. 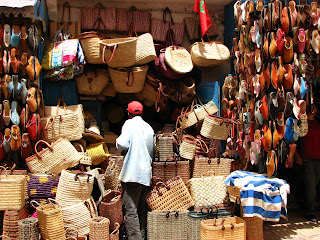 This is what we ended up deciding on (remember D-Day……August 18th): We would fly from Casablanca to Paris on the 1st of August, where we would spend a couple of days with our friend Eva. Then we would visit my friend Michaela in Germany, which would require a Paris-Stuttgart return flight (which we did by organising an extra but promotional fare with German Wings). Back to Paris for a day, and then on to Japan via Hong Kong, leaving on the 9th of August and arriving on the 10th. Finally, we would take a flight back to Hong Kong on the 16th. In theory, we were then supposed to get a connecting flight to Vietnam on that same day, make our way overland to Bangkok, and then fly back to Melbourne on the 18th. Think it sounds impossible? It’s all about strategic manoeuvres, and so needless to say, the buck (well, the one year around-the-world buck anyway!) “stopped” in Hong Kong………….

So, let me show you what 24 hours in the travelling life of Ombi and Alex looked like between the nights of July 30th and the 1st of August……(Big Sigh!!!!!!!)…..here goes:

11.00 pm. Leave Essaouira. Bus stops in a few places, so sleep is disturbed.

4.30 am. Arrive in Casablanca. It’s early, but the place looks huge. We hang around the bus terminal trying to get some information on how to get to the airport.

5.40 am. Catch a taxi from the bus terminal to the train station.

6.10 am. Catch train from station to airport, about 30 kilometres away.

7.00am. Arrive at Casablanca airport.

……. so we arrive in Madrid an hour late. Madrid airport is a monstrosity……we run like psychos to catch the connecting flight to Paris……………and miss it…….huff, puff, huff, puff…….

3.00 pm. We are told that we have been placed on another flight an hour later…..but that we will be going to another airport, Paris-Orly, which is in the south of Paris (the other airport is in the north). What about our luggage? No problems, it will go to Paris Orly. Phew! And what about meeting Eva (who is coming to pick us up!) at Antony station? Another saving grace…….we are much closer to Antony train station coming in at Paris-Orly than the Charles de Gaulle. Phew…again!

6.30 pm. Arrive at Paris-Orly. Would our bags REALLY be waiting for us? I would believe it when I saw it! Waiting, waiting, waiting…… 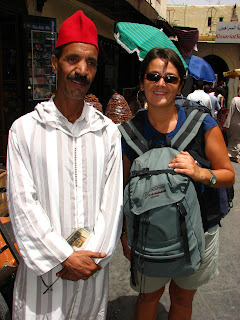 7.15 pm. Catch the train to Antony, which only takes 7 minutes (can you believe it!!!!!!) from Paris-Orly. It would have taken well over an hour from the other airport.

7.22 pm. Arrive at Antony , and by the time we walk out of the train station it’s 7.30 pm on the dot, much to Eva’s surprise! How did we do it, she asks….she was expecting us a little later!

Sigh, sigh, sigh………………”It’s a long story, I tell her!”, as we all jump into her car. The French countryside looks gorgeous and we feel our bodies relaxing almost immediately!

Dedication: To our amazing travel agent Jessica Shakespeare, who is based at the Flight Centre in Northland (Melbourne, Australia). She has gone above and beyond the call of duty, by helping us out in whatever way humanely possible. Not only was she brilliant in helping us with the mammoth task of “where to go, what to see and how to do it”, before leaving Australia, but she continued to help us out for the duration of our one-year ticket, and often at very short notice. Thanks a million Jess! You are one in a million, and Alex and I want you to know how very much we appreciate everything you have done for us. It has not gone by unnoticed!

Next: Zipping through France (Paris, to be exact!), Germany and Japan.

Note: Eating so many prickly pears brought so many good memories flooding back. As a child, visiting my (now late) Nonna (grandmother) often involved picking them off the tree in her backyard (when they were in season), and eating them to saturation point. It only seems like yesterday! That phrase alone is proof of how many years have indeed passed since then!

“Learn from yesterday, live for today, hope for tomorrow. The important thing is to not stop questioning”. – Albert Einstein. (and I would add “learning onto the end of that).

(Photos: 1.- View of Essaouira, as seen from Dar Al Bahar. 2.- Ombi and Alex wearing jilabas (easy to slip on and off when going to the hammam). 3.- A tagine, which describes both the clay dish and the goodies inside it. 4.- Ombi eating prickly pears…..yum! 5.- Shopping, Essaouira style. 6.- Unlimited sympathy for these creatures – in the last year, we have felt and looked like this many a time. 7.- Ombi and Hassan…..another day, another city!).