Life beyond the skyscrapers of Hong Kong. 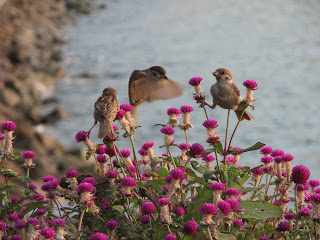 Towards the end of our stay in Hong Kong (which at two and a half weeks, was longer than we had originally anticipated) we visited Lantau Island, and I was pleasantly surprised to see that there really is life beyond the skyscrapers, neon lights, consumerism, commercialism and shopping that we had been forced upon us almost continuously. What a relief! Alex and I were determined not to leave HK, until we had seen “another side” to it. As most of the action and commotion are centralised around all of the above (skyscrapers, neon lights, consumerism and shopping), it can sometimes be hard to get away! Like any fast paced city, time seems to go so much more quickly, and before you know it, the day has passed, whilst you are left wondering, “What did I do?” 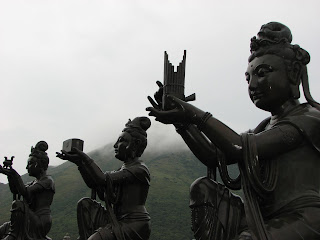 Back to Lantau. It is Hong Kong’s largest island in both size and height. It can be reached by either ferry or metro (which in this case goes underground). As we had not used the metro thus far, we decided to give it a go, as we had heard so much about its efficiency. We ended up getting a day pass and then, once on Lantau, an all day bus pass for the island as well. With this combination we had a wonderful day and saw some refreshing sights. Only 88,000 people live on Lantau, compared with 2.5 million on Hong Kong. The Island also boasts a Disney Land. Needless to say, that is one attraction we decided to skip! On arriving to the island, we immediately boarded a bus for Ngong Ping, a plateau 500 metres above sea level in the western part of the island. This is home of the Po Lin (Precious Lotus)Monastery, an enormous monastery and temple complex that that contains the huge and impressive Tian Tan Buddha statue, which with a height of 26 metres and a weight of 202 tonnes happens to be the world’s largest outdoor 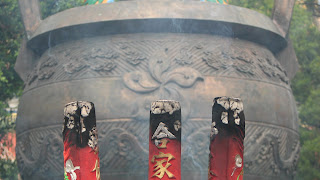 seated bronze Buddha statue. When you first catch sight of it, the view is outstanding! Upon arrival , it was raining quite heavily and the skies were hazy. This actually added to the mystery and made the grand statue appear even more awe inspiring. Well worth the 206 steps to get to its base, we were afforded with even more breathtaking views of the surrounding countryside. The monastery close by was equally spectacular, with its several temples, rooms, praying areas and huge pots burning varying sizes of joss sticks, which are sticks of incense of the kind burned before a Chinese image, idol, or shrine. Again, quite a serene and magical atmosphere. I personally find a tranquility and calmness in the temples of the east, that I have not found in any of the other places of worship I have seen and visited across the globe. 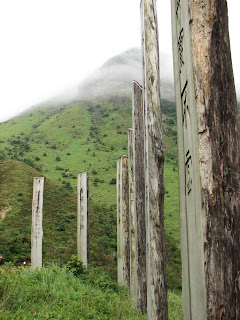 Close by the monastery was the Wisdom Path, an outdoor replica of the centuries- old “Heart Sutra”, one of the world’s best known prayers, revered by Confucians, Buddhists and Taoists alike . The sutra is displayed on wooden pillars placed in form of figure 8 to symbolise idea of immeasurable splendour and infinity. Set amongst lots of trees and in a very quiet spot, it was a very spiritual place indeed. For the first time in ages, we both took some time out to meditate. What a wonderful feeling it is to feel so alive!

No trip to Lantau would be complete without a visit to Tai-O fishing village, which some call the “Venice of the east” due to all of its criss-crossing canals. Whilst I would not necessarily agree with this comparison, I will say that it truly is a delightful and traditional place, and it gave an interesting insight as to what Hong Kong may have looked like before it became neon-land. Many of the houses are on stilts, which further added to its old-time feel. Quaint and picturesque are two other adjectives that spring to mind. Having said this many houses are also made of collapsing corrugated iron, and in a state of disrepair. There are pockets that look like time stood still! The village is still inhabited by the Tanka people, who are descendants of Hong Kong’s first settlers. It’s also famous for its shrimp paste, which can be seen and bought everywhere…you can usually smell it before you can see it. It’s the kind of place where you stroll, relax, observe the fishermen in their traditional costumes….ad ask yourself if you are really in Hong Kong. 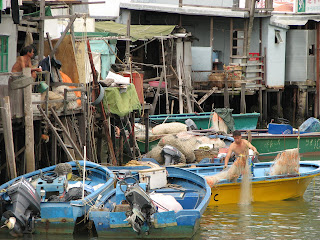 We had not had a chance to see the New Territories, so on the way back from Lantau, we used our all day metro pass to stop at a few places. It was getting late, so we only had time to jump out of the metro station and take a quick look-see, which of course, did it no real justice. From the little we saw….more people, more restaurants, more buildings, more shopping malls and more skyscrapers…..well, this is exactly what HK is known for! I believe, however, that the territory has some spectacular national parks. That’s for the next trip!

Whilst in HK we also visited some excellent museums. I thought that the Hong Kong Museum of History was exceptional, and a great place to start, in order to get a feel for Hong Kong’s varied and sometimes turbulent history. Everything was clearly displayed in an interesting fashion, making it one of the better museums I have seen on this entire trip. The HK Space Museum was also worth a visit. Although not HK or Asia specific, it really makes you realise that it truly is one big whopping universe that we live in! And there are millions more! That is something gargantuan to wrap your head around! 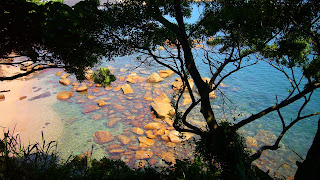 Last but not least, we visited the area called Stanley on the south eastern peninsula of Hong Kong Island. It is a seaside village, mainly known for its (mainly) tourist market. It also has some pretty views of the surrounding countryside as well as some of the interesting temples which seem to be dotted all over Hong Kong. I was also able to “replace” a pair of shorts that were days off tearing in the rear (wear and tear takes on a new meaning after almost a year of constant use!), and two singlet tops that were not far behind. Finally! I did have to compromise on the shorts though – they are Tommy Hilfiger rip-offs, but fit perfectly. You all know my stance on gear with labels, I ain’t giving anyone free advertising, so that means I will have to sit down and pick the label off. I must say, finding replacement singlet tops was also a hard task. No, I do not want sequins, pearls, tacky sayings, designer names or Hello Kitty! (What is it with that cat in Asia, she looks set to take over Mickey Mouse!) 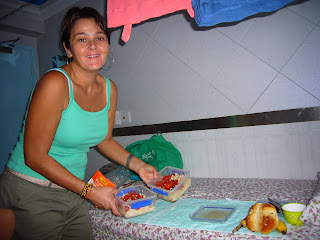 So, after almost 3 weeks and equipped with both a Vietnamese and a Chinese visa, we were ready to move on. I want to add that part of the reason of our extended stay in Hong Kong was due to the fact that we were able to find a business centre where we were able to use free internet to our heart’s content, and for hours on end. In this way we were able to update our blog (as you would have realised, we were running a little behind). Surprisingly, internet cafes are both difficult to find and/or expensive in Hong Kong. I tried to find out why and this is my conclusion: Most people here have their own computers as they are so cheap. Most tourists only come for a few days shopping and then leave, so do not have the time nor the need to use them. Backpackers spend little time here…….so why have internet cafes for them?

Macao (or Macau) – to go or not to go, that was the question! We ummed and aahed as we had heard that it was no more than a gambling mecca. We have Jo and Richard to thank for our final decision to go take a peek at this tiny Chinese SAR (Special Administrative Region). So, where and what is this place? Coming up on our next blog.

Share
PrevPreviousHong Kong – the good, the bad, the ugly and the very ugly!
NextMacau……..where’s that!Next