Singapore in a flash 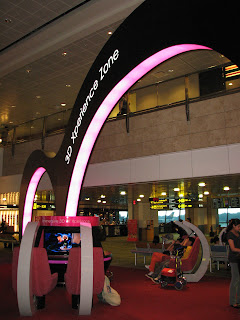 We did Singapore in such a flash that I almost forgot that we had done it. You have to love airlines such as Jetstar for their capacity to be able to offer such cheap flights. It does come at a cost sometimes, however, which is not necessarily financial. We did not really want to hang around an airport for almost a day (as we were arriving mid morning and would be leaving later in the evening). Would we leave the airport? Would it cost to get out? Was it worth the cost? Could we store our backpacks somewhere? Could we find something to do for a few hours? We had done no research on this at all, as we simply had not made it our priority. I figured that we’d work it out!

Upon disembarking, we walked around the airport like Alice of Alice in Wonderland …eyes wide and mouth gaping! Well, Singapore and its airport were not quite what I had expected, although I must be fair and say that I am not sure what my expectations really were.

END_OF_DOCUMENT_TOKEN_TO_BE_REPLACED

Where are we Now? Ecuador

Protect your Money and Identity

This error message is only visible to WordPress admins