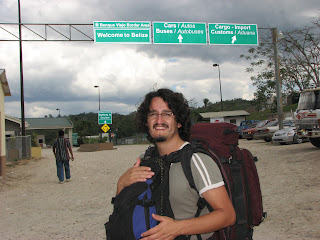 You know the old saying, “Another day another country”…….well, that is what it has felt like lately! We are trying not to rush it, but seven months down the track, we are wondering how we are going to fit in Mexico, Cuba, (some parts of) Europe and Asia. But, as the other old saying goes, “Where there’s a will there’s a way!” And both Alex and I have wills of steel!

Belize is the only country in Central America whose official language is English, although Spanish is certainly the second, and on the Guatemalan and Mexican borders they are usually bi-lingual. As soon as we crossed the border, the whole vibe changed….to slow, VERY SLOW ACTUALLY! I had no sooner crossed the dotted line than I was being told to, “Slow don mon! Dis iss Be-lissssssssssssssssssssse!” ( This is Belize) Ombi go slow? I make no promises, but I´ll give it a go!

END_OF_DOCUMENT_TOKEN_TO_BE_REPLACED

Where are we Now? Ecuador

Protect your Money and Identity

This error message is only visible to WordPress admins